I never realised how challenging I found endings until I had to end my time with my counsellor. It was a choice I had to make, and deep down I knew it was the right one for me. But it didn’t take away from me being up most of the night, anxiously going over in my mind what I was going to say to her and how. You see, the real problem wasn’t necessarily that the sessions were going to end, but I needed them to end…. For me. It was that I didn’t want to hurt her. Have you ever felt like that?

For all the mums out there that have struggled with endings, you are not alone.

1. Endings means someone may get hurt

When a relationship ends, almost always, someone, if not all people are hurt. After investing time, yourself and even money (in my case) ending a relationship can be painful. I’m not talking headache pain, I’m talking heartache pain.

When I decided it was time to end my son and I’s breastfeeding journey together, it was one of the hardest things I had done. We had created such a bond, a routine that worked, a relationship. All of that was now coming to an end, and it was uncomfortable, sad, concerning. I worried how he would cope going to sleep at night, eating solid food only, not having that comfort he needed all those years.

Even when friends or close family members get pregnant, move away or maybe you find a new job. The ending of one way of life, and a new beginning to another brings about change. The unknown is scary… and we don’t like scary.

3. Endings bring up a fountain of emotions

With endings come emotions we didn’t even realise existed. There may be feelings of frustration, uncertainty, confusion, loneliness, deep sadness, happiness, excitement. The list can go on. For many, the way these emotions feel are uncomfortable, and so it is easier to busy ourselves without allowing ourselves to actually feel the emotion.

When things end, it is so easy to think that it means nothing better is going to come. It can feel complete, but not in the good sense.

Yes, endings can leave you feeling vulnerable, but that isn’t a bad thing. Endings aren’t to be feared, but a chance to embrace the next part of your life. With each disappointment comes a new opening.

But you’re right Mama. No one said endings were going to be easy….. And you know what, that’s o.k too. 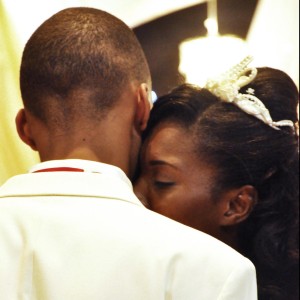 Menu
PrevPreviousHow to create a homeschool schedule
On Key

Let’s cut to the chase. Homeschooling can be emotionally, physically, and spiritually draining. It can even begin to take a toll on your mental health.

I never realised how challenging I found endings until I had to end my time with my counsellor. It was a choice I had to

Book: Daring Greatly; How the courage to be vulnerable transforms the way we live, love, parent and lead By: Brené Brown Published: 2013 Audiobook &